The Gremi d’Hostaleria i Turisme de Mataró i el Maresme organizes for the third consecutive year and for the first time in Spring, the TAPA ROUTE OF THE SPRING 2019 between May 30 and June 9. In this way the Guild unfolds the Ruta de la Tapa, which will be held every year in the Spring and Autumn editions. This is the first novelty of this year 2019 as far as the organization of gastronomic days of the Guild.

During these 11 days the citizens of Mataró and Maresme will be able to enjoy 21 tapas, pinchos or special and different “montaditos” in 21 establishments in the city.

As in the last editions organised by the Guild, the consumption of drinks that accompany the tapa is open to all brands of beers, wines, water and soft drinks to make it easier for any establishment in the city to participate.

As well as this year’s second novelty, it is worth highlighting the extension of the Sweepstakes from one prize to two. The Hotel Atenea Port Mataró offers one night for two people with dinner and breakfast included, and the Hotel Ciutat de Mataró offers one night with breakfast included for two people, between those who send a photo of a cover of a participating establishment to the Gremio, between the days of the cover. The winners will be published on the Guild’s website in the next 5 days starting June 10.

The Guild’s objective is to promote the culture of tapas among the public by producing quality, well-crafted tapas, including a drink that can be in the form of a cane or fifth of any brand of beer or a glass of white, pink or black wine or a soft drink for those who do not want to consume alcohol. The price of the tapa will be the same as last year, 3.- € per tapa including drink. 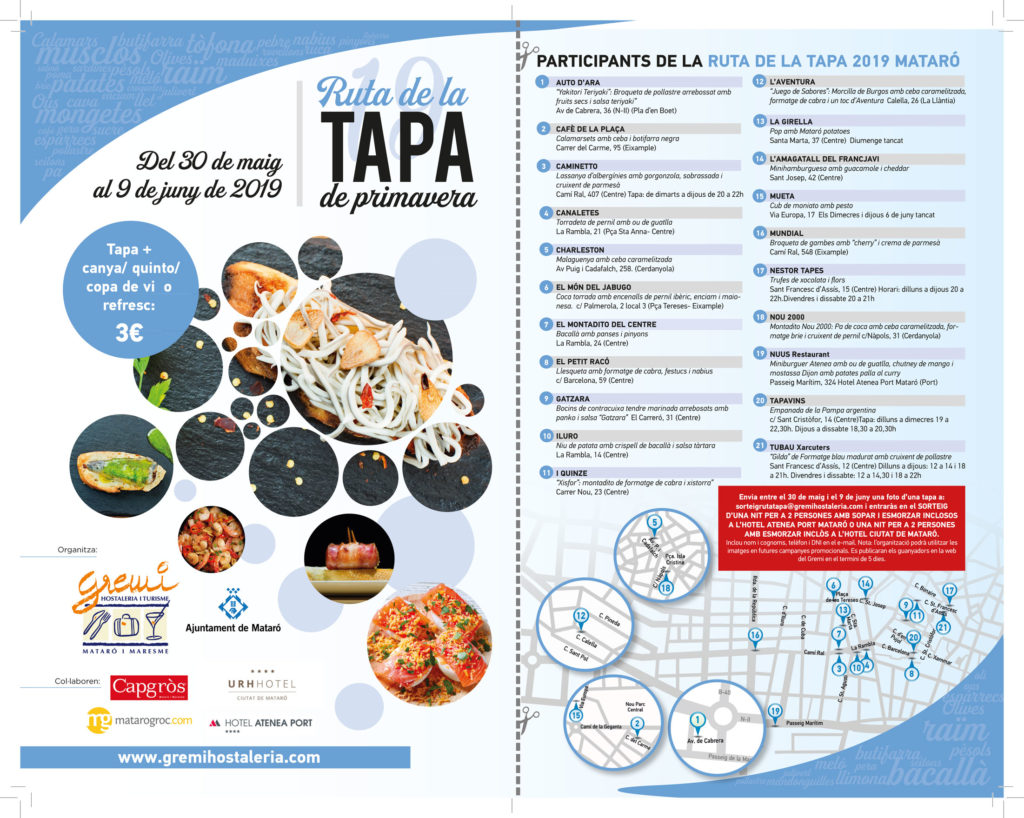